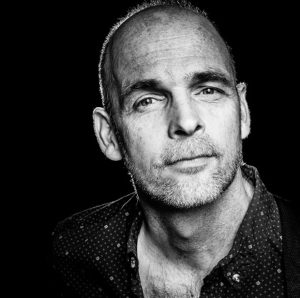 Composer Brian Madigan founded Madmusik in 1992, after graduating from Middlesex Polytechnic’s music degree course. There, he specialised in composition for contemporary dance and worked as a dance accompanist. He also wrote the score for his first picture,  student short ‘Something Happened in the Park’.

Brian later moved to the beautiful city of Bath,  where he began work in live theatre. This saw composing collaborations with Innerroom, Big State and Prime Theatre, including a production with Peepolykus’s award-winning director (BBC contributor) John Nicholson. He also continued to create music for dance education, which he does to this day, under the name ‘Dance Notes’.

Brian’s theatre connections led to work with CG animator Paul Smith, who cut his teeth at Aardman Animation before founding the production company Moving House. Paul has been a pioneer in motion-capture animation and collaborated with Andy Serkis’s Imaginarium. Brian worked on a number of advertisements for Moving House, as well as an animated short  – ‘Pipe Dream’, and continues to work with Paul at his current company, Busty Kelp.

With experience in advertising, Brian was taken on by the London-based agency 44PointOne. There, he created music for top-brand TV commercials, including Kit Kat, Shell, Kellogs, Comfort, Felix and Wilkinson Sword. At the same time, he worked on a number of independent short films, such as the award-winning ‘Billy’s Day Out’ (Best Short, Edinburgh International Film Festival) with acclaimed TV director Iain B MacDonald.

More recently, Brian was commissioned by Fixation to create music for their Bord Gais Energy Theatre commercial and Hogarth Worldwide’s Sipsmith campaign. He was also invited to join the roster of composers for VRTL post-production.

In 2013, EndNight Games licenced Brian’s track ‘Morning’ for the trailer of their debut for Playstation, ‘The Forest’. They then invited Brian to create a soundtrack for the game, which has gone on to become a top seller.

Brian has a talent for understanding the vision of directors, producers, choreographers and other creatives. He is able to quickly generate ideas and craft them to a highly-polished end product. The key to his success as a collaborator is in communicating effectively at the outset to fully understand a brief. He then works to create music that delivers its purpose – whether a main theme, underscore, bed or sting – whilst maintaining its own identity and integrity.

Informing and underpinning all of this has been Brian’s consistent commitment to live performance. He has always focused on creatively rewarding projects and believes these have been a major influence on his composition.

Brian has performed on drums for everything from pit orchestras to punk bands. Highlights have included: psychedelic-acoustic pioneers Wise Wound; folk-rock super-group Madigan; Blues-funksters Plucky Purcell and Alt-Folk maestros Rivers of England. As a drummer at the heart of such a diversity of musical styles and genres, it is inevitable that Brian has absorbed a broad range of compositional and arrangement skills.

In addition, Brian writes and records as ‘a Band named Brian’. His songs have a strong lyrical basis and are built on clear narratives. This story-telling element has evolved over time to become a key part of Brian’s solo performance. In recent years, he has developed a series of Fringe Theatre shows. These seek to deconstruct the process of performance, whilst taking audiences on a journey that is both illuminating and great fun.